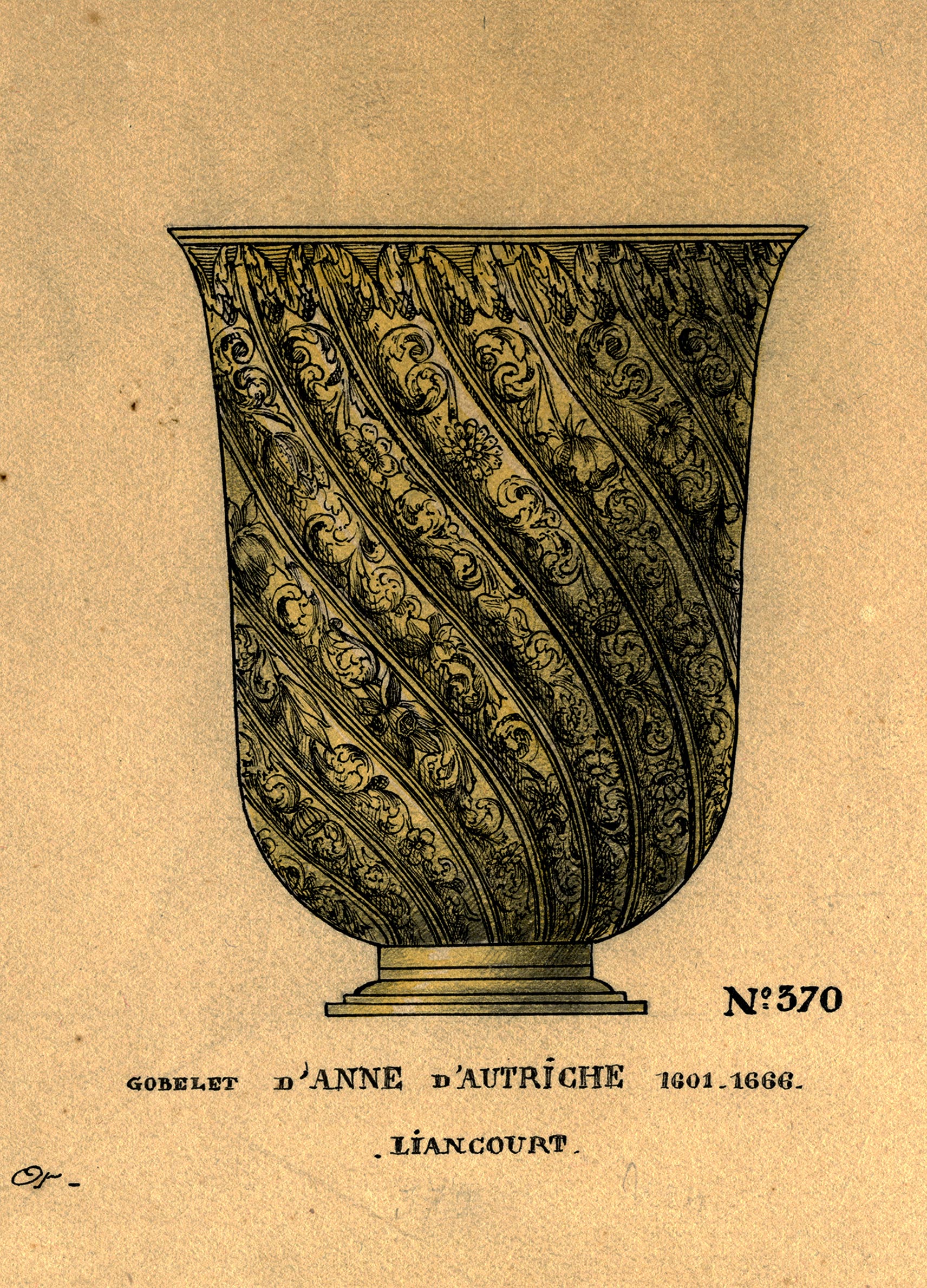 The iconic golden chalice
of Queen Anne of Austria

Q as in Queen

It embarked on an extraordinary voyage through the centuries and has yet to divulge all its secrets. The “Anne of Austria” beaker, a magnificent golden cup engraved with a twirling foliage motif, is an exceedingly rare artifact of 17th century artistic metalwork. At the time, it was common practice at the French Court to melt down precious metal objects to help finance wars. Miraculously, this jewel escaped the flames.

However, was it truly part of the sumptuous collection of Anne of Austria, wife of Louis XIII? It displays no hallmark to indicate its place of manufacture, date of design or the identity of its creator. Only the base of the beaker attests to its royal provenance with an undated engraved inscription: “Liancourt,” the name of the northern French estate whose owner,  Jean Chairier, married Anne Gabory, one of the queen's ladies in waiting. Art historians, presented with a daunting challenge in this famous vessel, presumed that the queen had offered it to her servant, who in turn kept it at Liancourt. A few centuries later, Louis-Victor Puiforcat acquired the Anne of Austria beaker, and drew inspiration from its particular tulip-shaped silhouette to design the logo of the House.

This emblematic piece of metalwork is now peacefully ensconced in the Louvre – upon the death of Louis-Victor Puiforcat in 1955, Greek shipowner Stavros Niarchos purchased his entire collection as a gift to the famous museum. Nonetheless, the House of Puiforcat has never ceased reproducing the golden chalice: with its multifunctional qualities, it remains exceedingly popular. It can grace a desk to hold writing utensils. At the breakfast table, it is a perfect vessel for cold drinks. For a candle-lit dinner, it is ideal for holding wine or spirits. Quintessentially royal, the Anne of Austria beaker imparts an air of nobility into daily life.

More about the Anne of Austria tumbler
Read the next story

By continuing to browse this site, you are agreeing to the use of cookies for statistical and advertising purposes, as well as to facilitate information sharing on social networks. To find out more and change your cookie settings, click here.